Moon Cake Festival is a tradition from Chinese people or Chinese descendants. Although not a native Indonesian tradition, it is very well in Indonesia, and almost all Indonesians know about it. Mooncake Festival is a ritual and ceremony carried out by the Chinese people. Generally, these festivals holding during the autumn festival. Or also every 15th day of the 8th month on the lunar calendar. In Indonesia, mooncakes have several names, namely gwee pia or Tiong Chiu pia.

The most interesting thing at the festival is the night because we can gather and eat together. Then after that, you can go out for a walk or go to the yard to pick while enjoying the beautiful moon. There will be many interesting events and performances almost everywhere in China during Mid Autumn Festival. Still, it is also no less exciting in Indonesia, although it is not as lively as the event in China. Still, many activities of Chinese citizens or Chinese descendants are carried out. Below are examples of activities that are usually carried out in Indonesia.

The history of this festival is that there were ten suns in ancient times, then there was one male warrior who shot nine suns, so only one. After that, the initially hot earth became normal. Then the people were very grateful to the warrior.

Finally, the warrior met a girl, fell in love, and married. Then because of his great service, the warrior is a gift by a goddess, namely a pill of eternal youth. Then one day, a student heard it wanted to steal it. The disciple stole it to no avail in the end because the swordsman's wife finally ate the pill. After eating the pill, the wife turned into a goddess.

Because sad every night, the warrior looks at the moon while eating moon cakes because his wife now lives on the moon. Finally, the wife is called the moon goddess. Many villagers also gave offerings to the moon goddess to ask for blessings and protection. Eventually, the tradition continued and was ultimately commemorated as the autumn festival and formed Moon Cake Festival.

Because the moon goddess or goddess Chang'e likes to eat moon cakes, many people offer moon cakes to her. Besides, they also know that Chang'e is an ordinary woman who takes a magic pill that makes her immortal, causing believers to eat mooncakes, a symbol of immortality. For those of you who like mooncakes, when eating them, try not to overeat. Because not good for your health because it contains quite a lot of sugar, and salted eggs also have too much salt.

Don't forget to share this article with your friends and family. Download and use Kokikan on your phone. Eat homemade food made by your neighbor.

For your attention, thank you and see you in the next article. Stay safe guys.

most related article
Let’s learn about top Indonesian spices! Read More
Spices and Herbs Pairing for Variety of Meat Read More
Shopping at local sellers? Why not?? Let's see why Read More
Fermented foods that are beneficial for health Read More
The tradition of eating together in Indonesia, from which tribe? Read More 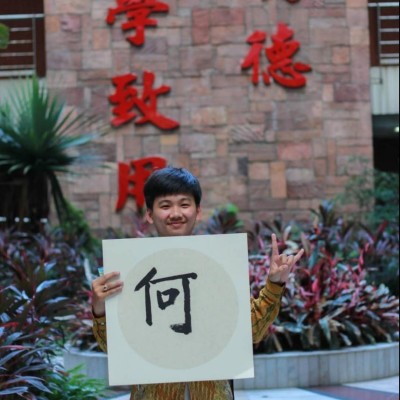 Maichael Kurniawan
I like cooking, sport, and music. I like research about food and cooking in myself daily.